“At the heart of Laguna de Bay lies Mt. Tagapo. Its unique geography makes it a worthwhile hiking destination. You will have to board a pumpboat from the towns of Rizal to reach the island; this boat ride will take you to the scenic lake and its fishing villages. You will realize that Laguna de Bay is so huge it’s almost like a sea. Then, on Talim Island, as you start hiking, you will be surrounded with bamboo; the whole island is like a grove, and people live on the bamboo, which islanders use to produce furniture, toothpicks, and even charcoal (hence the name Tagapo, from ‘taga’ which means ‘to chop’). The trails are easy and in 1.5 hours you will be at the peak; There you can behold the entire Laguna Lake and its coastal towns; the skylines of Makati and Ortigas; as well as nearby Mt. Sembrano. This is not a popular hiking site, but it is highly recommended” (pinoymountaineer.com). 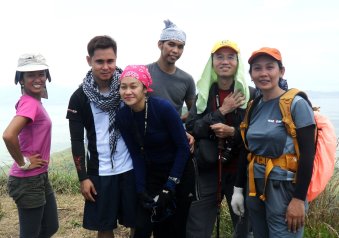 Group Pic at the Summit 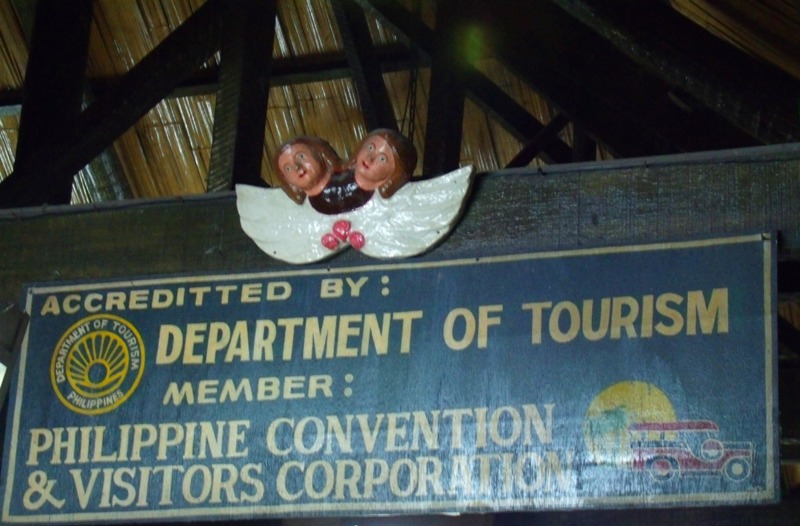 1. Unlike the last climb in Mount Cristobal where subjects are sprouting like the hairs on my legs as far as common subjects are concerned, Mount Tagapo offered less. So I expected that this climb will give me just a few photos to share. I was right. There were indeed little pictures in my memory card but after reviewing what I captured from this climb at home, I realized that there’s something beautiful that came out of it: I was able to capture the four elements unknowingly through the first four photos below.

I am actually most inclined to capturing the verdancy that goes with the mountains that’s why.

2. Whenever I go on a climb, what I am after for are the adventures and the sceneries particularly the “green” thing attached to it. I don’t really prowl for local delicacies or specialties nor take into consideration stopping by famous restaurants for the lower or middle classes. Mount Tagapo somehow modified that perspective through the unforgettable food and service I and my hiking friends had at Balaw-Balaw Restaurant in Angono, Rizal. With the sumptuous array of foods from exotic to specialties, paintings, sculptures, and other forms of artwork like the Higantes and masks made of papier mache, the place will sure be a wonder for the eyes and stomach. It’s obvious that the people of Angono radiate that desire to promote their culture. Kudos to them for that!

3. Because of this climb, I learned that I am not the heaviest in the group but I am confident to say that I have the biggest stomach for I consumed a total of SEVEN staggering plates of one of Balaw-Balaw’s coveted Gourmet foods, minaluto – the magic “sarap” of the restaurant.

4. The scorching heat of the sun was almost unbearable that all of us have suffered from sunburn after the climb. The sun is supposed to be 93 million miles away from earth but it seemed like it was just three miles away that day. The sun’s torrid kisses on our epidermises made me realize that summer was officially starting which I definitely love because it is favorable for alfresco adventures. Blame it on the weatherman why summer this year started late.

5. This is the first time I sort of rewarded myself with food through Balaw-Balaw’s and I liked it. I owe it to my friends/hiking buddies who made that side trip happen. Sir Bart, Ma’am Amy, Jay&Matet, and Ron, thanks!

For more information (how to get to the place, climbing notes, special concerns, trivia, more stories, etc.), read this: Mount Tagapo (MASL 438+).