Leaving the country a couple of years ago was an epoch in my life. So many things took place from then till now and the most noteworthy is after almost 11 months of waiting, I was again back to the east for vacation last 19 February 2014.

A few days before that day, I prepared an itinerary where I included scaling five mountains, meeting special friends, and embarking on a solo travel for the fifth time. What I saw at home, after a couple of hours from the airport, soon turned the big PLANS into a nano plan. My eldest son immediately nestled in my arms upon smiling at him. His yen for me is as scatheless as his dear mother’s. On the other hand, the youngest progeny sniveled, not to mention feared my uneven receding hairline when I took him from his mother’s. That moment was very heart-pulverizing. I forgot that I had a lot to catch up on his mother’s ranking in the Attention Department. 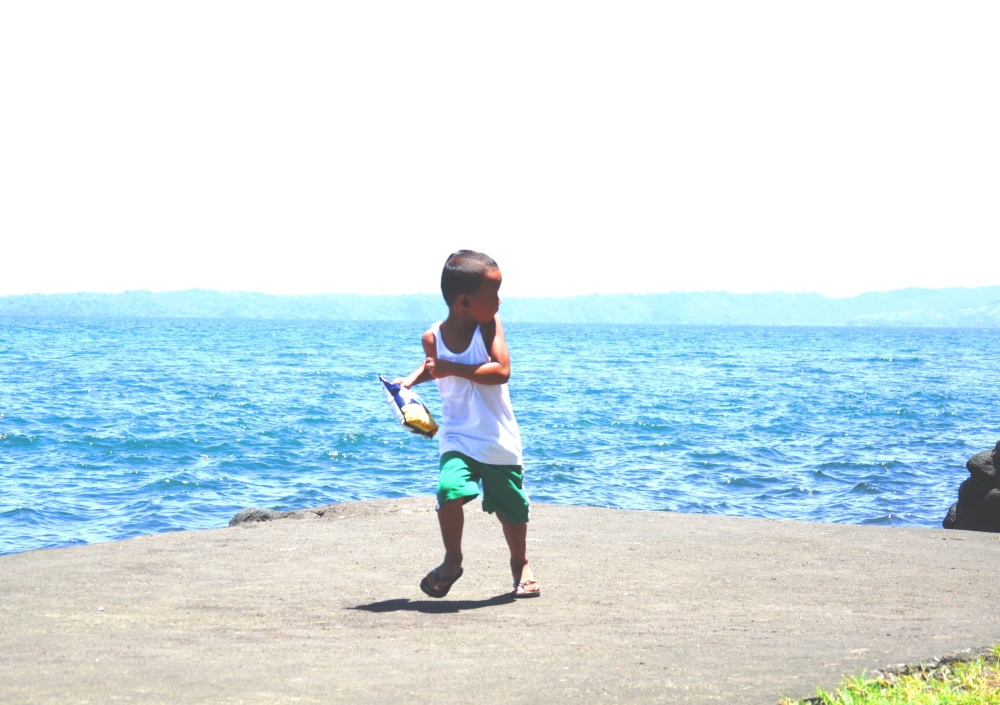 The following day, I engineered countless persuasion tactics to run circles around the untamed but expectedly, they all failed. Of course, it didn’t end there. I needed three days of sedulous drills to trammel his punishing eyes and resistant arms. I must confess, that was more than nailing 1st Runner Up in a badminton tournament. I then thought this was perfect time to have a meet-up with special friends and pay a pumping visit to my concubines. So I attempted to “broadcast” the foregoing plans the next day but when I was about to press send, I caught my three raisons d’être cachinnating from a horseplay near me. I was so gurged into the moment; I insensately dropped the phone and joined them instead.

Before I went to bed later, I reviewed the itinerary and made a long, fixed stare at the part that underlines putative climbs, meeting friends, and solo travel. I realized one thing: This 30-day vacation was for no one but my family. Hence, climbs, meeting friends, and solo travel were crossed out. There was only one palpable course on the piece of paper since: To wisely spend my time with family no matter how banausic it may be.

Traveling vs. Family: Do You Need to Choose? at greenlandkid.com