Long before the pack and I shifted to coffee and occasional eating out at casual dining restaurants, we feasted on what is considered national dish in the Kingdom of Saudi Arabia: Kabsa.

Kabsa is a traditional food that is served originally in the kingdom and Jordan. It is made of chicken that is slowly simmered in a spicy broth of different spices and tomatoes and is mixed with long-grain rice. The chicken is then removed to be fried or grilled. The broth on the other hand is used to cook the rice. Thanks to one of the food blogs (yummytummyaarthi.com) I stumbled upon for sharing this special dish’s recipe.

During my first few weeks here, I was invited by a colleague/friend to try Kabsa at Chef Bukhari Restaurant located near the workplace. I was hesitant but gave in anyway. What I remember while I was in queue ordering for two barbecue flavored kabsa were the laborers and white-collar workers merrily catapulting the dish’s nibble into their mouths. I immediately understood why it is a national dish. On the contrary, I did not like it that much. I only ate a small portion of my meal. But being exposed to it almost every week changed my perspective. I gradually acquired kabsa’s peculiar taste and smell. A few months more passed and I must say I was able to build maximum tolerance to it. The same story goes for the rest of the pack. We also tried other kabsa houses such as Shawaya House but we got too acquainted with the former’s so that chowing down there became a regular part of our then winter routine.

I was leafing through the pages of my photos last night when I saw a few pictures from one of our many visits to Chef Bukhari. My thoughts flashed back to the glory days of our stay in the villa most especially to our kind of night out right at Chef Bukhari. 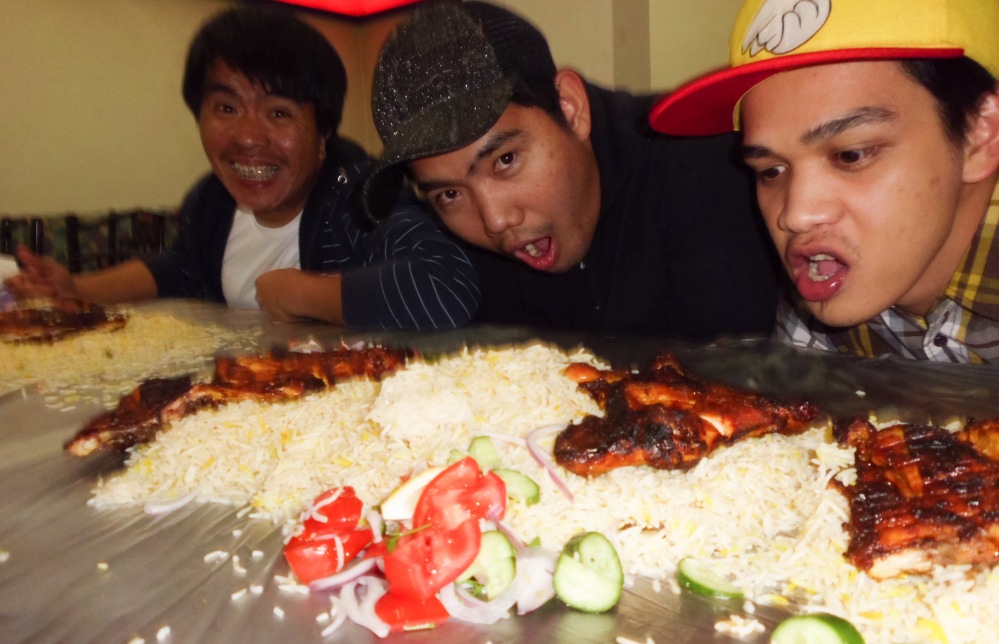 The mouth-watering aromatic dish that smells lemony and tastes a little spicy served on our table. The ambrosial, moist rice that absorbed all the juices of vegetables and spices. Those chopped pieces of full grown chickens that were cooked to tenderness through manual grilling and later made love with the rice. That pure joy of mincing every morsel of the dish, fed slowly by the five fingers into our mouths. Those chuckles after finishing the last grain of rice and strand of chicken meat; it goes without saying we absolutely enjoyed the meal! 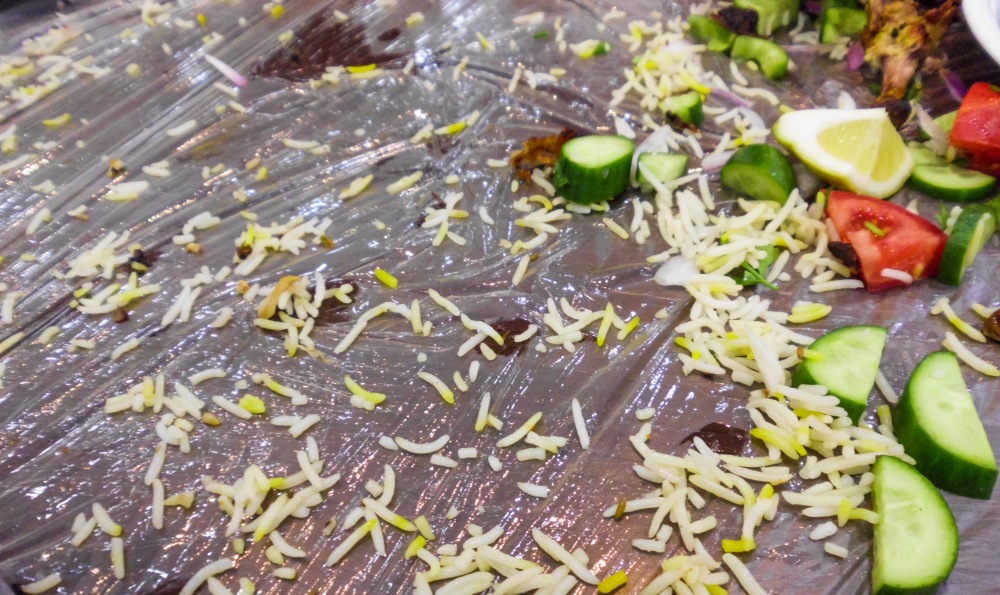 And, the face-to-face conversation that flows spontaneously, where we play with random ideas and allow ourselves to be fully present and vulnerable. The kind of conversation where we make eye contact, comfort  one another, challenge each other, and become aware of our tones and facial expressions. The one that starts with our social blunders to comments on political matters and whatnot. This is what I am missing the most. It is breaks my heart to witness how the unintended consequences of “being connected to social networking sites” is changing the course of a face-to-face conversation. It will require a little brutal austerity measure for us to remind and correct ourselves from that tendency to embrace the new way of social interaction.

At the end of the day, I am sure that all of us want our night out’s highlight to be an empathic conversation. We really need to revisit Chef Bukhari soon and discuss a lot about the latter, and the Kabsa, of course, that is now gaining popularity in a small town in Canada according to what I read.

Ramadan Around the World Kabsa Recipe by Chef Faizan at 24newspk.com