For years, I have been maintaining a special connection with nature since I learned the value of it. I get in touch with life forms outside the house or in the wilderness not only when I get the chance to but on a regular basis. All of us need to undergo green therapy every once in a while.

I was on my way home the other day when Sai Achanta, one of the best travel buddies I have here in the Kingdom of Saudi Arabia, invited me to join him and his newly found “comrades” called Shutter Arabia in Rawdat Khuraim for a nature travel the following day. He said I was the first person in the office whom he thought was interested in this kind of trip. Sure he was right. The winter season has just ended so heading into the wilderness for a weekend getaway is perfection.

After Sai and I met the cool photogs of Shutter Arabia at Ikea in Exit 16, we cruised over the 100 km distance of Rawdat Khuraim from the capital city. It only took us approximately 35 min to get there, which already includes two stopovers. When we arrived, it was still a few minutes past sunrise. The golden hour was once again up for grabs.

For some reason, I was the only one who made efforts to catch the exquisite color waving like a lady in front of us.

I forgot they already had enough of this kind of view as they have been exploring some of Riyadh’s hidden places that are good, if not perfect, for photography.

There is something about the golden hour when the sky produces that rare soft, diffused light. Magic as I always call it!

I am no professional photographer but believe me when I say the prevailing color during this hour absolutely looks more flattering than the scorching midday sun in pictures.

We were chitchatting until the clear sky appeared. We started walking over the large expanse of what is now considered the King’s Forest after it was formally opened to public on 22 January 2005 by the Crown Prince himself. The locals know about the place very well; in fact, there were already a few of them heading to the campgrounds as soon as we began shooting the small and big wonders of the forest.

I doubt the case is the same for expats.

This part of Rawdat Khuraim is divided into two areas: the “wildlife park” which was already closed in order to preserve what is in it and the other is simply a nature park that is accessible to public. The former looks a lot better according to the news and what I heard from the locals. The latter is, let me put it this way, just enough for what it is worth. However it may be, I found the place a decent diversion from the usual scenery on weekdays.

There are always beautiful things in the mundane. If you cannot find them, create them. Having said that, this nature park is not mundane at all, especially for white-collar workers like us who are confined to office spaces most of the time.

According to Samirad, the Saudi Arabian Market Information Resource, there is an estimated 132 species of wild plants and 42 species of fauna in the forest. A lot of them are in the very open area of the King’s Forest.

One of the very good things about photography is that it makes us realize or notice that every subject possesses a striking beauty, especially if we take a closer look at it.

If I get a super camera in the future, I will surely come back here to solely shoot the evasive rabbits and other fauna. The welcoming fragrant smells of grass and trees around, the clear blue sky, the clean earth, the sight of a “very-wild-making-it-impossible-to-shoot” resting rabbit, the sound of cantillating birds perching on acacia branches, the vibrant, little flowers, and among other wonderful things are something beyond the ordinary. 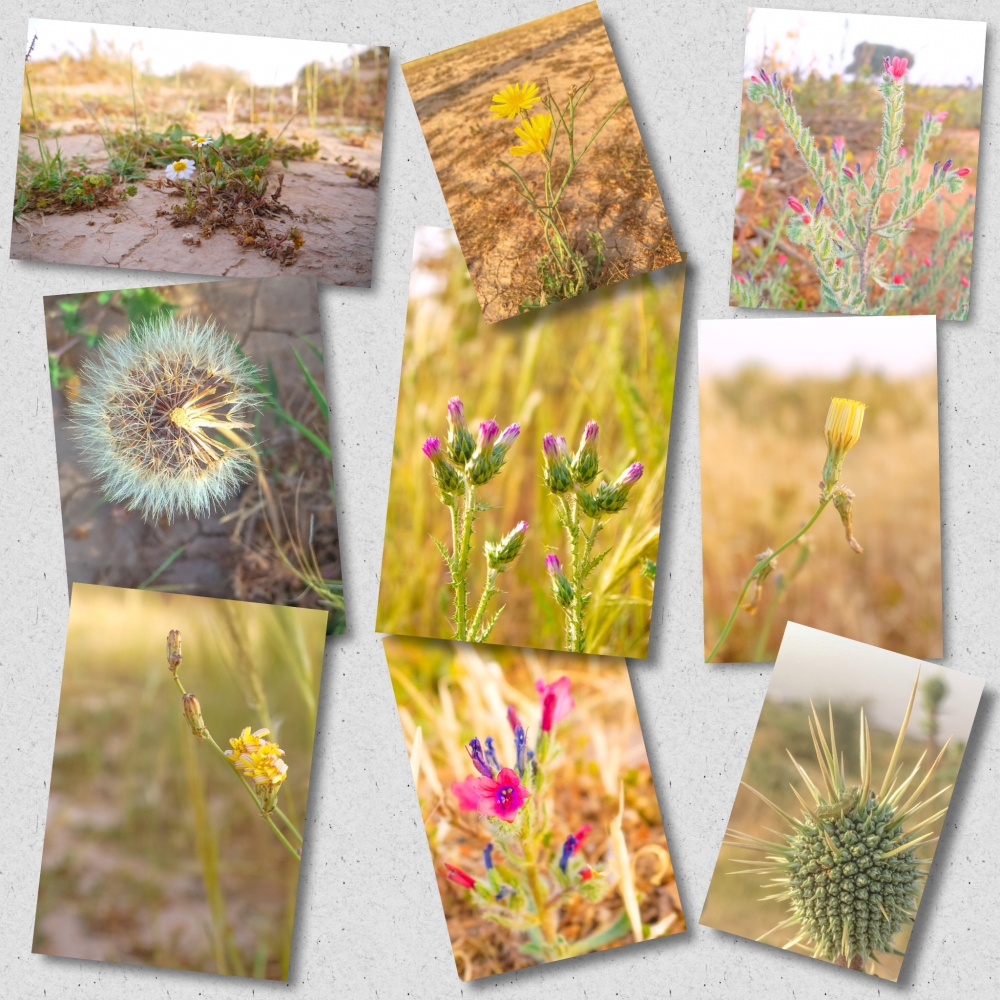 These wonders not only make for a good scenery but immersion in their midst is revitalizing. Some of the best things in life are indeed free.

Enjoying and respecting the wildlife and the environment at the King’s Forest make for an awesome weekend getaway.

Shukriya, Sai & Shutter Arabia, for this very refreshing trip earlier today! I am keeping my fingers crossed for another nature travel with you and the fun group in the future.

Verdant Views: A forest in the desert- Rawdat Khuraim (verdantviews.blogspot.com)